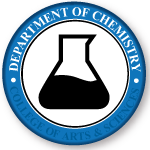 Aims: To demonstrate the efficacy of five small molecule compounds for inhibiting the growth of Mycobacterium tuberculosis. To present evidence that these compounds will penetrate into the central nervous system.

Place and Duration of Study: The compounds to be tested were prepared at the University of Nebraska Chemistry Department August 2013. The evaluation of antibacterial activity was determined at the Texas A&M Health Science Center during October to December of 2013.

Methodology: Applying microwave excitation for generation of hydrazide groups within the structure of small molecule carboxylic acids, five agents were prepared for evaluation of bacterial growth inhibition. These agents were dissolved into tissue culture media at various concentrations. Having various levels of tuberculostatic agents, then tuberculosis bacteria were added to determine level of growth inhibition. Growth inhibition of the bacteria was achieved and measured by compound concentration for comparison and evaluation.

Results: Five compounds having a hydrazide functional group greatly inhibited the growth of Mycobacterium tuberculosis. All five agents had molecular weight less than 215 grams/mole and polar surface area of less than 70 Angstroms2. Values of Log P ranged from -0.226 to 0.998. Values of Log BB (Log [Cbrain/Cblood]) ranged from -0.711 to - 0.525, with a range in central nervous system penetration Cbrain/Cblood of 0.195 to 0.299. All compounds showed zero violations of the Rule of 5. Substantial inhibition of bacterial growth was observed at concentrations as low as 30 micrograms/mL, as measured by optical density and colony forming units.

Conclusion: These five hydrazide compounds substantially decreased the proliferation of tuberculosis bacteria at concentrations as low as 30 micrograms/mL. In addition, their physicochemical properties are shown to allow high levels of penetration into the central nervous system.