Background: Sexual differentiation in female mammals can be altered by the proximity of male littermates in utero, a phenomenon known as the intrauterine position effect (IUP). Among simian primates, callitrichines (marmosets and tamarins) are likely candidates for IUP, since they exhibit obligate dizygotic twinning and fetuses share extensive vascularization in utero. In this paper, we determined whether female reproductive parameters are altered by gestating with a male twin and evaluated changes in genes associated with anti-Müllerian and steroid hormones in twinning callitrichine primates.

Methods: We assessed the impact of gestation with male cotwins on reproductive performance and survivorship in female marmosets (Callithrix) and lion tamarins (Leontopithecus), contrasting measures for females gestated with one or more littermates (M+) or no male littermates (0M). We compared targeted coding regions for genes involved in steroidal and anti-Müllerian hormone mediation of sexual differentiation for representatives of twinning callitrichines (Callithrix, Saguinus, and Leontopithecus) with closely related New World primates that produce single births (Saimiri and Callimico).

Results: IUP effects in females were absent in female callitrichine primates: age at first ovulation, average litter size, and the proportion of stillborn infants, and lifetime survivorship did not differ between M+ and 0M females. We documented multiple nonsynonymous substitutions in genes associated with steroid synthesis, transport, and cellular action (SRD5A2, CYP19A1, SHBG, and AR) and with anti-Müllerian hormone (AMH and AMHR2) in callitrichines. In the only callitrichine to produce single infants (Callimico), two genes contained nonsynonymous substitutions relative to twinning callitrichines (CYP19A1 and AMRHR2); these substitutions were identical with nontwinning Saimiri and humans, suggesting a reversion to an ancestral sequence.

Conclusions: In spite of a shared placental vasculature with opposite-sex twins throughout embryonic and fetal development, female callitrichine primates gestated with a male cotwin exhibit no decrement in reproductive performance relative to females gestated with female cotwins. Hence, IUP effects on female reproduction in callitrichines are modest. We have identified mutations in candidate genes relevant for steroid hormone signaling and metabolism, and especially in AMH-related genes, that are likely to alter protein structure and function in the callitrichines. These mutations may confer protection for females from the masculinizing and defeminizing influences of gestating with a male cotwin.

© 2016 The Author(s). Open Access This article is distributed under the terms of the Creative Commons Attribution 4.0 International License (http://creativecommons.org/licenses/by/4.0/), which permits unrestricted use, distribution, and reproduction in any medium, provided you give appropriate credit to the original author(s) and the source, provide a link to the Creative Commons license, and indicate if changes were made. The Creative Commons Public Domain Dedication waiver (http://creativecommons.org/publicdomain/zero/1.0/) applies to the data made available in this article, unless otherwise stated. 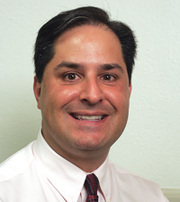