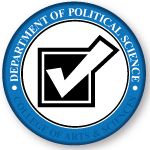 A New Dawn for Latin American Militaries: Across the region, militarization is on the rise, posing a major threat to democracy and justice. What can be done?

On July 26, 2018, thousands of protesters, led by the Abuelas de Plaza de Mayo, marched in Argentina to oppose President Mauricio Macri's plans to empower the military to engage in domestic policing. In a country where a military regime killed thousands of civilians between 1976 and 1983, the prospect of the military on the streets again has opened old wounds and incited a heated debate. Macri defended the change, which was implemented by two executive decrees, as being necessary to enable Argentina to face the security challenges of the 21st century, including drug trafficking and terrorism.